Assumption, in Eastern Orthodox and Roman Catholic theology, the notion or (in Roman Catholicism) the doctrine that Mary, the mother of Jesus, was taken (assumed) into heaven, body and soul, following the end of her life on Earth. There is no mention of the Assumption in the New Testament, although various texts are frequently adduced to demonstrate the appropriateness of the doctrine, the imagery of which is related to the Ascension of Jesus into heaven. Theologically, the doctrine means that Mary’s redemption involved a glorification of her complete personality and anticipated the state promised to the rest of humankind. 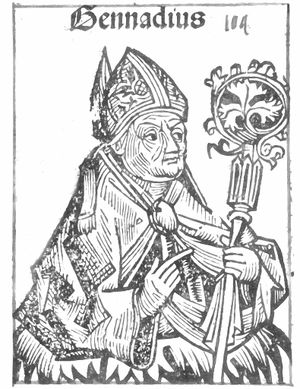 
Embroidered Tondo from an Altar Frontal: The Coronation of the Virgin (1459, Italy, Florence) - Catholic Stock Photo 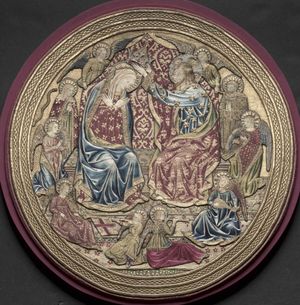 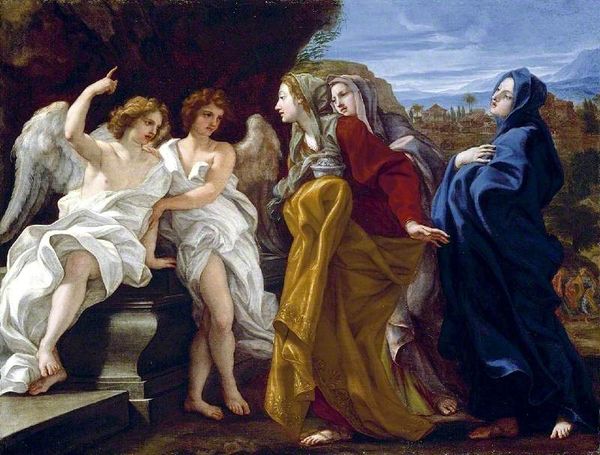