The presence of a group of female disciples of Jesus at the crucifixion of Jesus is found in all four Gospels of the New Testament. Differences in the parallel accounts have led to different interpretations of how many and which women were present. In some traditions, as exemplified in the Irish song Caoineadh na dTrí Muire, the Three Marys are the three whom the Gospel of John mentions as present at the crucifixion of Jesus:

These three women are very often represented in art, as for example in El Greco's Disrobing of Christ.

The Gospels other than that of John do not mention Jesus' mother or Mary of Clopas as being present. Instead they name Mary of Jacob (Mark and Matthew), Salome (Mark), and the mother of the sons of Zebedee (Matthew).

This has led some to interpret that Mary of Jacob (mother of James the Less) is Mary Clopas and also "Mary, his mother’s sister", and that (Mary) Salome is the mother of the sons of Zebedee.

🙏🏽
This image is in the public domain.
Free Download
giovanni-battista-gaulli-1639-1709-the-three-marys-at-the-sepulchre-pd-7-1987-fitzwilliam-museum.jpeg
96 KB 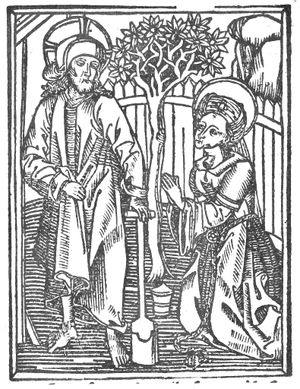 
Noli Me Tangere (1503) by Master of Delft - Bible Coloring Page


Pax with the Adoration of the Magi (1500, Italy) - Catholic Stock Photo 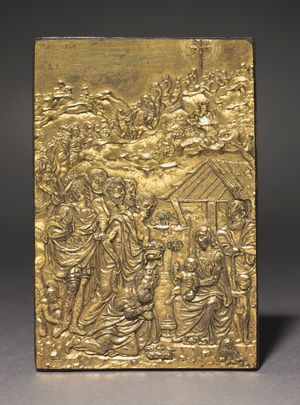