Christ and St Mary Magdalen at the Tomb' reveals how imaginatively Rembrandt could interpret traditional religious subject-matter. The scriptural source for this scene is the Gospel of St John (20:11-18), who describes in some detail the burial and subsequent resurrection of Christ following the Crucifixion. Mary Magdalene returns to the tomb early the next morning, only to find the stone at the entrance removed and two angels inside it where the body should have been. She then fetches two of the disciples, who check that the tomb is empty and then leave her. The angels then ask Mary Magdalene, 'Woman, why weepest thou?' and she replies, 'Because they have taken away my Lord, and I know not where they have laid him.' At that moment she turns round and sees a man dressed as a gardener, not appreciating that he is the resurrected Christ. She appeals to him for information, but he calls her by her name and she instantly recognizes him. ('Jesus saith unto her, Mary. She turned herself, and saith unto him, Rabboni; which is to say master.')

Rembrandt has depicted the moment of realization just before the actual recognition. Most artists chose to paint the next moment in the text, when Mary Magdalene reaches out towards Jesus and he forestalls her with the words 'Touch me not' (in Latin, Noli me tangere). Rembrandt skillfully evokes the dawn as the opalescent light picks out from the darkness the towers of the Temple of Jerusalem, the upper half of the figure of Christ, the face of Mary Magdalene, and the outline of one of the angels in the tomb. This use of light is almost symbolic in both the physical and the spiritual senses. The paint is in general thinly applied and, apart from the treatment of the light and the vegetation around the tomb referring to Christ's activities as a gardener), could almost be described as monochrome.

It is only after a time that the eye focuses on the two female figures (the Gospels of St Mark and St Luke refer to three Maries at the tomb) in the middle distance on the left descending the hill. Of particular note is the positioning of Christ, who in the relationship established between his partially silhouetted vertical form and the Temple of Jerusalem behind and the rocky cave next to him dominates the composition, whereas the twisting pose of Mary Magdalene is the pivot. The tension created between Christ's standing figure and the twisting kneeling Mary Magdalene is palpable. The artist's only other treatment of the subject of Christ and Mary Magdalene is in Brunswick (Herzog Anton Ulrich Museum): it is dated 1651 and is totally different in composition. Signed and dated indistinctly on the tomb on the right: Rembrandt ft. 1638 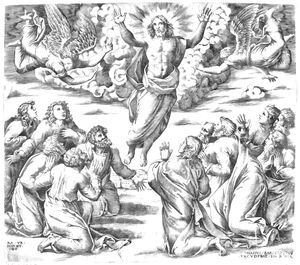 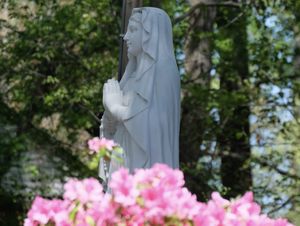