This monumental yet intimate image of the Virgin and Child was probably a gift of John the Fearless, Duke of Burgundy (d. 1419), or his wife, Margaret of Bavaria (d. 1424), to the convent they founded dedicated to the Franciscan order of Poor Clares at Poligny. As court sculptor to the Burgundian dukes in Dijon, the influential artist Claus de Werve, to whom this sculpture is attributed, created many works for his patrons, and this sculpture is one of his masterpieces. The curly-headed child Jesus looks up at his mother as she balances him and a large book on her lap. This tender moment between mother and son is, at the same time, a presentation of a sophisticated theological theme. The clue to understanding it is the Latin inscription on the bench. Taken from the Book of Ecclesiasticus, dedicated to and extolling wisdom, it reads, "From the beginning, and before the world, was I created" (24:14). Although by the thirteenth century the Church applied this text, which refers to Wisdom as a feminine entity, to discuss Mary, it was Christ as God incarnate who was seen as the personification of divine Wisdom on earth and Mary the vessel, or throne, that bore him. 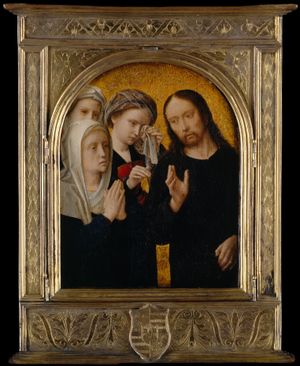 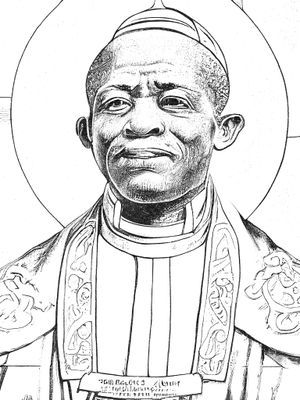 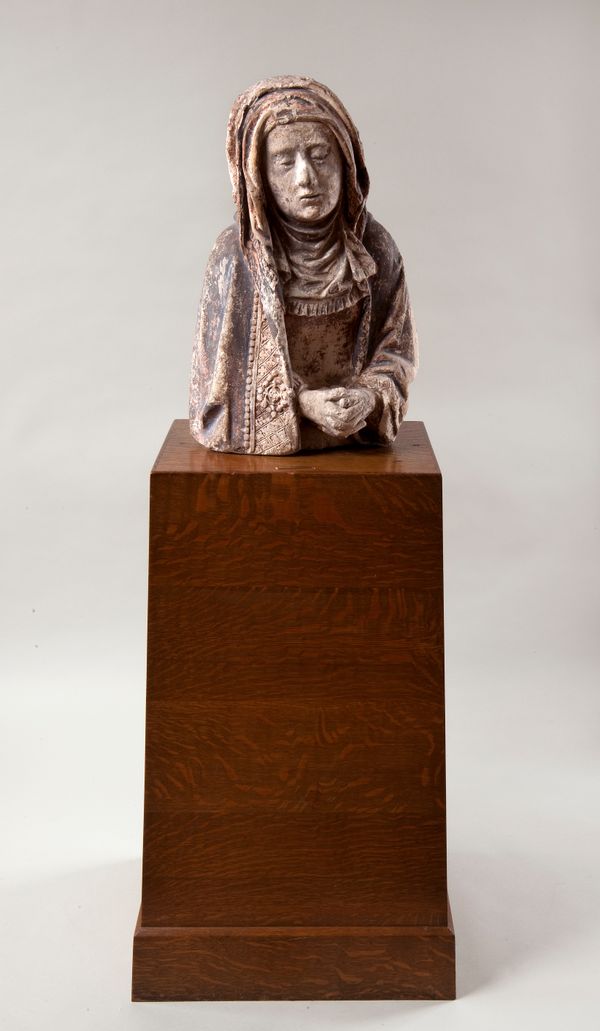