In 1486, Isabel of Castile, patroness of the explorer Christopher Columbus, commissioned an elaborate alabaster tomb for her parents, Juan II of Castile and Isabel of Portugal. This star-shaped tomb, still standing in the center of the church of the Carthusian monastery of Miraflores, outside Burgos, was made between 1489 and 1493 by Gil de Siloe, a sculptor thought to be of Netherlandish origin. This statuette of the patron saint of Spain is known from old photographs to have been originally placed near the head of the queen. The soft, translucent quality of alabaster provides an ideal medium for the artist's penchant for beautifully articulated drapery folds and facial details, which still bear traces of gilding and paint. Saint James is portrayed here as a pilgrim: a person who makes a journey to a sacred place as a holy act. As a traveler, he is shown well equipped with a staff, purse, water gourd, and traveler's hat, whose upturned brim is adorned with a scallop shell, the emblem of his shrine at Santiago de Compostela. Medieval pilgrims would similarly place such badges on their clothing to indicate the number of holy shrines they had visited. 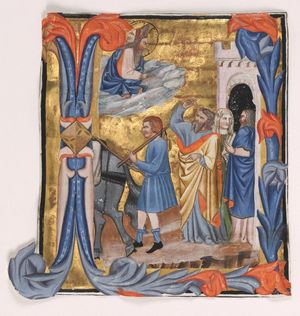 
Cutting from a Gradual: Initial I with Departure of Tobias (1390) by "Master of Noah's Ark" - Public Domain Bible Painting 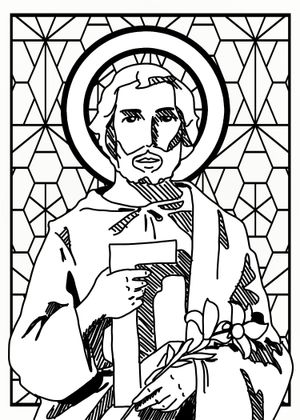 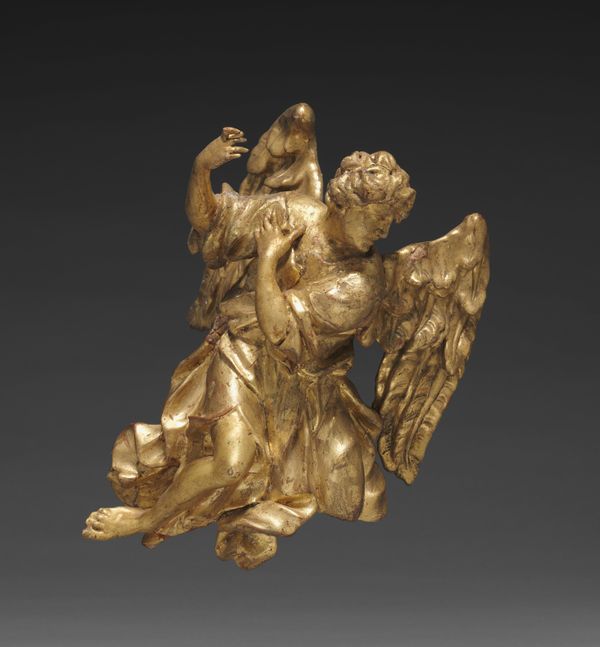