This painting and the Enthroned Madonna and Child are the oldest paintings on the National Gallery of Art’s walls. They may have been created by the same anonymous artist in Constantinople (now Istanbul, Turkey), then the capital of the Byzantine Empire. Panels such as these were highly influential in the development of Italian painting. They stand at the very beginning of the history of panel painting in Italy. Painting on wooden panel had not been common in medieval Europe as church decorations were mostly on the walls themselves, in fresco or mosaic. Painting on canvas came even later.

Around the 13th century, however, a confluence of events profoundly affected painting in Italy. Focus shifted to a new kind of freestanding imagery: the painted altarpiece. Italy experienced an influx of painted wood panels—and panel painters—from the Byzantine Empire. Following the Fourth Crusade in 1204, many icons (paintings of a sacred personage used as an object of veneration) were brought to Italy from Byzantine sanctuaries in Greece. Byzantine icon painters also left Greece to work in Italy, bringing their techniques and styles with them.

We can see the abstracted style of Byzantine icons here. The gold striations that define folds in clothing, the round volume of Mary’s veiled head, and the frontal pose of Jesus—who looks more like a miniature adult than a child—are all part of the Byzantine tradition. Because their subject is not the temporary appearance of the physical world but a holy and infinite presence, icons avoid direct references to earthly reality and to specific times or places. Instead, their backgrounds are dematerialized with shimmering gold, and figures appear timeless and unchanging. 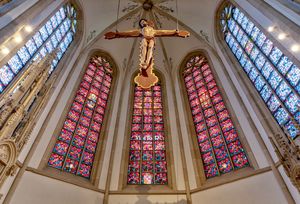 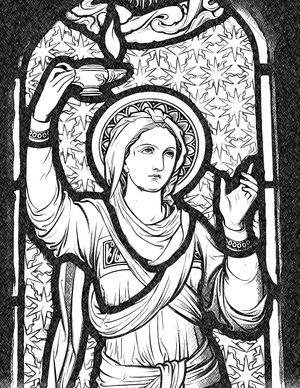 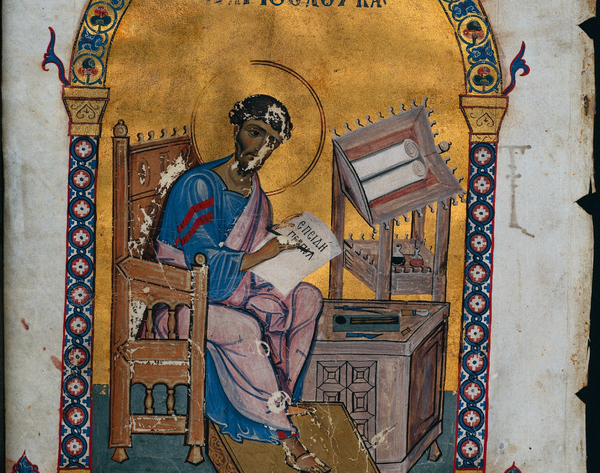 Leaf from a Lectionary with St. Luke (1057–1063) by Unknown - Public Domain Catholic Painting 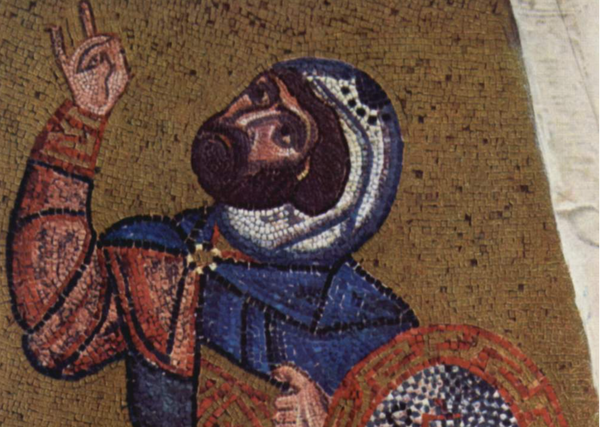 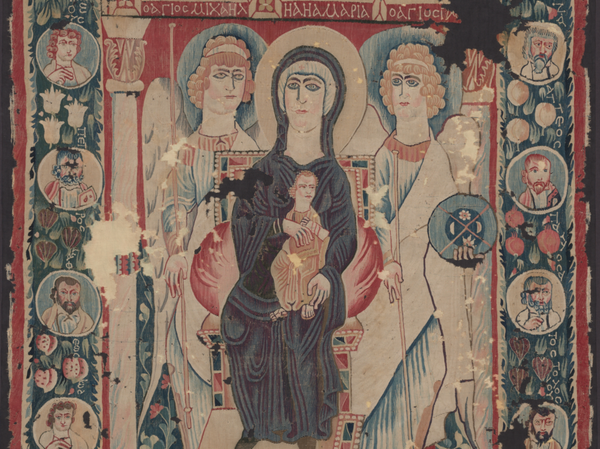 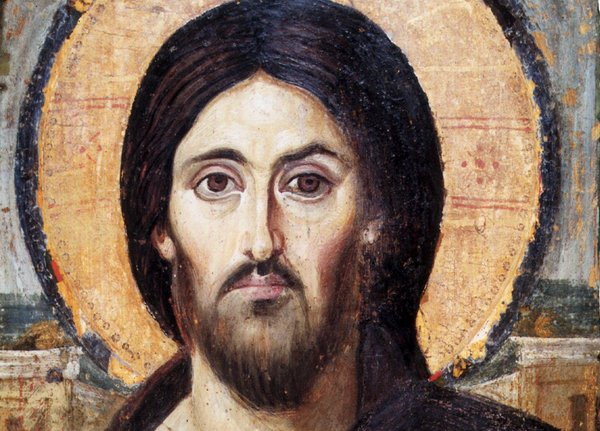 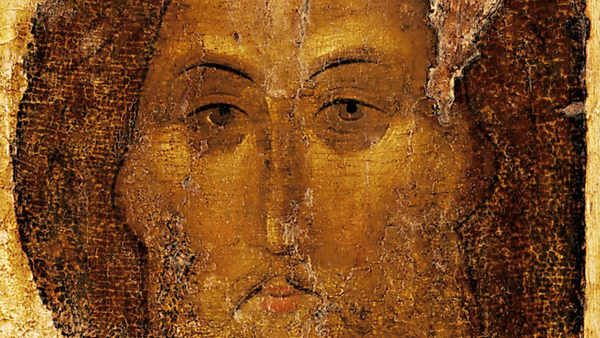 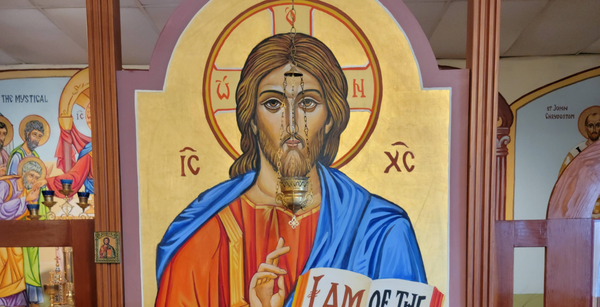