In this painting, the Virgin Mary, Saint John the Evangelist, and Saint Mary Magdalene grieve over the body of Christ while displaying it to the viewer. Although Gerard David and earlier Netherlandish painters often treated the Lamentation as a private devotional subject, this panel was part of a large altarpiece devoted to Saint Anne, the mother of the Virgin. It was made in Gerard David’s Bruges workshop for export to Spain. Lamentation over the Body of Christ formed the center of a row of narrative scenes supporting the superstructure of the altarpiece following Spanish convention. Parts of the altarpiece are now divided between museums in Washington, D.C.; Toledo, Ohio; and Edinburgh, Scotland. In the years around 1500, Gerard David was the leading painter working in Bruges, a Flemish city with a distinguished history as a center of trade and artistic production. 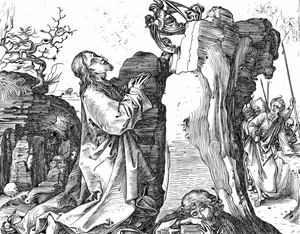 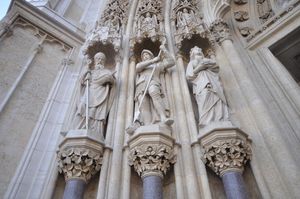