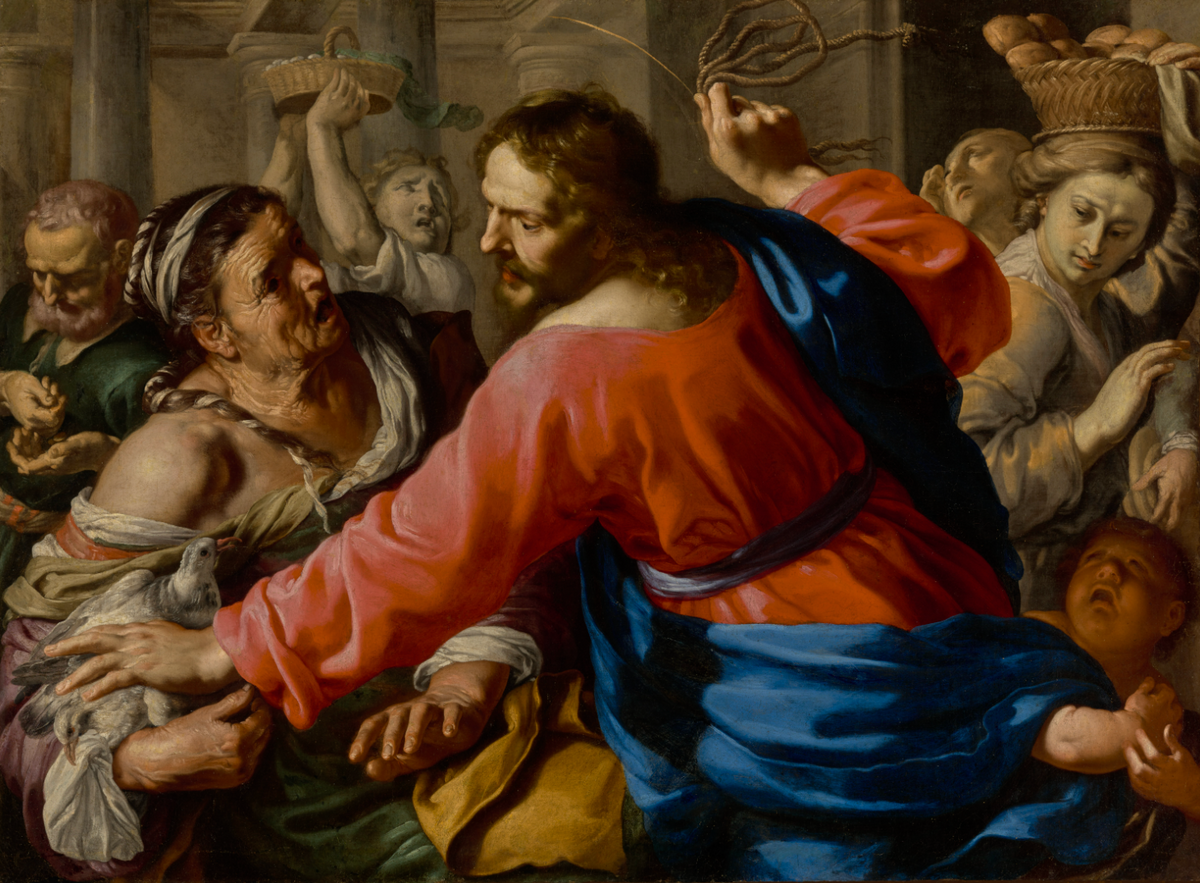 The New Testament relates an occasion when, upon visiting the Temple of Jerusalem during Passover, Jesus found it filled with livestock and turned into a marketplace by merchants and money changers. Furious that the sacred place had been turned into a “den of thieves”, Christ fashioned a whip out of cords, and drove them from the temple, overturning tables as he went. In this animated composition, the diagonal thrust of Christ’s movement through the crowd, and the monumental figures reeling in his wake, Bernardino Mei convincingly conveys Christ's righteous anger.

This was a popular subject amongst other contemporary seventeenth-century painters, because it offered an opportunity to illustrate a scene laden with tumultuous action and intense emotion. Following the Counter Reformation, it was also seen as symbolic of the recent overhaul of the Catholic Church. Features such as the half-length figures, their unidealized faces, and their positioning in the extreme foreground are borrowed from the Caravaggesque tradition. Mei deviates from this tradition, however, by bathing his composition in unifying, silvery light, which harmonizes the colors, and makes the painting distinctly different in character to works by Caravaggio and his followers, whose use of strong, directional light creates stark contrast between highlights and shadows. 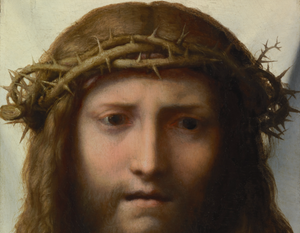 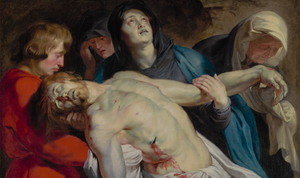 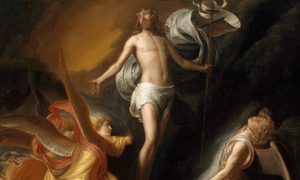 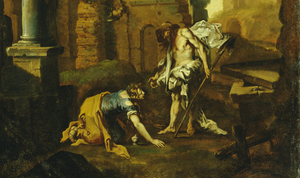