The Ascension of Jesus is the Christian teaching that Christ physically departed from Earth by rising into Heaven, in the presence of eleven of his apostles. According to the New Testament narrative, the Ascension occurred on the fortieth day counting from the resurrection. In the Christian tradition, reflected in the major Christian creeds and confessional statements, God exalted Jesus after his death, raising him from the dead and taking him to Heaven, where Jesus took his seat at the right hand of God. 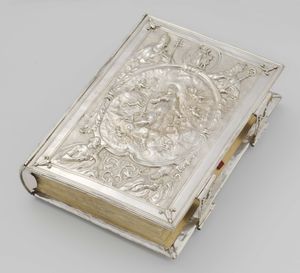 
Miniature from a Book of Hours: The Pentecost (1500) by Jean Poyet - Public Domain Bible Painting 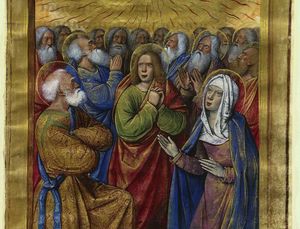