The Martyrdom of Saint Thomas the Apostle - Catholic Coloring Page

According to Syrian Christian tradition, Saint Thomas, while praying fervently, suffered his martyrdom by a blow from the lance of a pagan priest. This happened, according to the Roman Breviary, at Calamine, which is in fact Meliapour, for in the language of the people the word Calurmine means on the rock (mina). The name was given the site in memory of the Apostle's martyrdom. 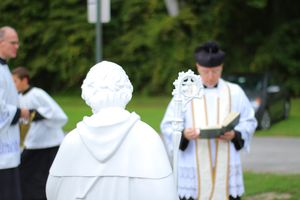 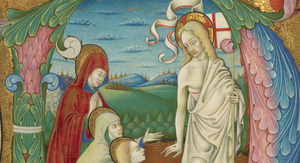