A reflection and prayer on St. Teresa de los Andes who was a nun and the first person from Chile to be canonized. Read more...

Teresa de los Andes was a pious child but was prone to anger and being vain. She was transformed when she decided to become a nun and her character changed as her sole ambition was to dedicate herself to the service of God. She was the first person from Chile to be canonized.

Juana Enriqueta Josefina de los Sagrados Corazones Fernández Solar was born in 1900 in Santiago in Chile. She was the fourth of six children. Her mother was Lucía Solar de Fernández, her father was Miguel Fernández Jara.

Fernández Solar received her education in a college managed by French nuns from the Sacred Heart order, and she remained there from 1907 until 1918. In 1914, she decided to consecrate herself to the Lord and become a Discalced Carmelite. On 8 December 1915, she made a vow to remain chaste and she renewed it on a regular basis. Fernández Solar was pious in character, but could also be stubborn and vain; she also lost her temper on some occasions.

In her childhood, she read the autobiographical account that Saint Thérèse of Lisieux had written and the experience had a profound effect on her pious and innocent character while also coming to the realization that she wanted to live for God alone. Fernández Solar had to work to overcome her initial self-centered character towards that of one directed to the caring of others above all.

In late 1917 she and her mother left church and she turned to her mother in abruptness and asked whether she knew she would become a religious to which her mother told her that decision was for her father to make. She returned home from school for a brief period but did not mention it and her father never alluded to it either but before she left for school again he consented when she asked him about it.

On 7 May 1919 she entered the novitiate of the Discalced Carmelites in Los Andes at which time she was given the new religious name of "Teresa of Jesus"; she later received the habit on the following 14 October. Toward the end of her short life the new nun began an apostolate of letter-writing in which she shared her thoughts on the spiritual life with others. But she soon contracted typhus that was diagnosed as fatal. In any case, her condition grew worse on 2 April 1920 - Good Friday. Solar was still three months short of turning 20 and had six months to complete her canonical novitiate so as to make her religious vows. But she nevertheless was allowed to profess her vows "in periculo mortis" ("in danger of death") on 7 April 1920. She received the final sacraments on 5 April 1920 and later died on 12 April 1920, one week after Easter.

Teresa de los Andes was a pious child but was prone to anger and being vain. She was transformed when she decided to become a nun and her character changed as her sole ambition was to dedicate herself to the service of God. She was the first person from Chile to be canonized. 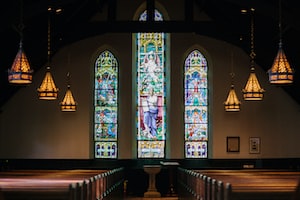 
King Over All - Daily Mental Prayer 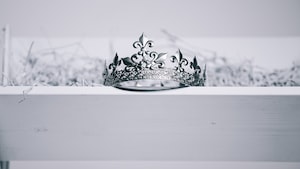