Built between 1922 and 1924, the Gothic Revival-style red brick St. John Catholic Church was designed by St. Louis-based firm Ludewig & Dreisoerner for the St. John Catholic Church congregation, the third-oldest catholic congregation in Covington, formed in 1854 and originally located at the corner of Worth Street and Leonard Street in Lewisburg. The site was purchased by the congregation in 1908 following the slumping of the hillside under the previous church, which made it structurally unsound.

In 1913-1914, the adjacent Colonial Revival and Gothic Revival-style building that now houses the Prince of Peace Catholic School, originally the St. John Parochial School, was constructed on Pike Street to house the congregation, including a large auditorium with seating for 600 on the first floor, which temporarily housed church services, classrooms, a pastor's apartment, and rooms for the nuns of the parish convent. In 1922, the rectory was built to the rear of the school in the Flemish Revival style, and features a jerkinhead (clipped gable) roof, two one-story bay windows flanking the central entry, and a gable parapet with a large finial that announces the extensively trimmed door below.

Following a successful fundraising campaign, ground was broken for the current church on Pike Street next to the school in 1922, and it was completed and dedicated in 1924. The church measures 64 feet wide by 163 feet long, with a 163-foot-tall steeple that rises high over Pike Street. The exterior of the church features more restrained ornament and trim crafted from limestone, which incorporates many gothic motifs and sculptural elements, and an irregularly-shaped base with several wings housing smaller rooms surrounding the base of the church. Inside the church, there is a carved wooden ceiling, hand-carved marble altars from Italy, frescoes painted by local artist Nino L. Passalacqua in 1960, and many stained glass windows crafted by Dr. Oidtmann of Linnich, Germany.

During the early-to-mid-20th Century, as the suburbs to the south and west of the parish continued to grow, it initially saw an increase in attendance, being slowed when St. Agnes Parish was split off and constructed in Fort Wright in 1930. In the 1960s, the parish began to see a decline in attendance at both the church and school, as Catholics left the surrounding neighborhood and moved to the suburbs, leading to the consolidation in 1986 of St. John School with St. Ann School in Botany Hills, Mother of God School in Mutter Gottes, and the St. Boniface School and St. James School in nearby Ludlow, Kentucky, forming the Prince of Peace School, staffed by the Sisters of Notre Dame, whom had ran the St. John School from its inception, as well as teachers who were not nuns.

As the demographics of the area continued to shift, St. Ann Church in nearby Botany Hills ceased operating as a parish, and became a mission church of St. John in 1999. The St. John Catholic Parish buildings are contributing structures in the Lewisburg Historic District, listed on the National Register of Historic Places in 1993. 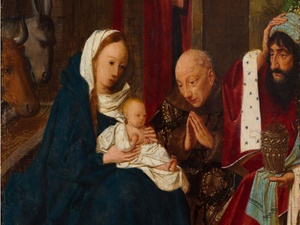 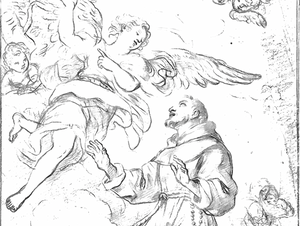