A biography and meditation on St. Bridget of Sweden a 14th century woman who had constant visions of Jesus

St. Bridget of Sweden had visions of Jesus, who asked her to start an order of nuns that would constantly pray for the Church.

Saint Birgitta was the daughter of Uppland's Lagman, Birger Petersson and his wife, Ingeborg, who was a member of the same clan as the reigning family. Birgitta's family was pious; her father went to confession every Friday and made long and arduous pilgrimages as far away as the Holy Land.

Birgitta's mother died, leaving Birgitta, ten years old, Katharine, nine and a newborn baby boy, Israel. The children were sent to their maternal aunt for further education and care. It seems that as a young child, Birgitta had a dream-vision of Jesus as The Man of Sorrows. This dream was very vivid. Birgitta asked Him who had done that to Him. His answer: 'All those who despise my love.' The memory of this dream never left Birgitta and may have even left an indelible mark on her soul. As was usual during the Middle Ages, Birgitta was married when she was 13 years old to a young man, Ulf Gudmarsson with whom she had eight children, four daughters and four sons, all of them survived infancy, and that was very rare at that time.

When the King of Sweden, Magnus Eriksson married Blanche of Namur, he asked his kinswoman, Birgitta to come and be Lady-in Waiting and to teach the young queen the language and customs of her new country. After her years of service at Court, Birgitta and Ulf made the long pilgrimage to Santiago di Compostela. On the return journey Ulf became dangerously ill in Arras. Birgitta feared for his death and sat all night by his bed praying, and then a bishop appeared to her, promised that Ulf would recover and 'God had great things for her to do.' He told her that he was Denis, Patron of France.

Ulf recovered and was able to continue his work as Lagman in the province of Närke until early in the year 1344, when he was very ill so Birgitta took him to the monks at Alvastra where he died and was buried. Birgitta remained in a little house near the abbey and she spent long hours in prayer by Ulf's grave. She said 'I loved him like my own body.' She arranged her affairs among her children and various charities and prayed for guidance. She was 41 years old and in the abbey at Alvastra, God called her 'be His Bride and His canal'.

He gave her the task of founding new religious order, mainly for women. He said that the other orders had fallen into decay and this new order would be a vineyard whose wine would revivify the Church. He showed her how her abbey church was to be built, gave directions concerning the clothing and prayers of the nuns, 60 in all, who needed priests as chaplains, 13 priests, 4 deacons and 8 lay brothers. These two communities were to be ruled by an abbess, who was to represent the Blessed Virgin Mary together with the Apostles in the Upper Room in Jerusalem.

King Magnus Eriksson donated a little palace and much land to the new monastery, but almost as soon she had begun altering the palace and organizing the work, Christ appeared to her and asked her to go to Rome and wait there until she got the pope to return from France to Rome. She was to be there during the Holy Year 1350. Birgitta left Sweden at the end of 1349 never to return. For the rest of her life she saw visions concerning the reform of the Church, messages to kings and popes and many other persons in high places, directing them to work for the Church.

It may be noted that Birgitta never wrote in the first person. She always said the she carried a message from a very High Lord. Although she had longed to become a nun, she never even saw the monastery in Vadstena. In fact, nothing she set out to do was ever realized. She never had the pope return to Rome permanently, she never managed to make peace between France and England, she never saw any nun in the habit that Christ had shown her, and she never returned to Sweden but died, worn out old lady far from home in July 1373.

She can be called the Patroness of Failures. In this she was like her Lord. He was also classed as failure as He hung on the Cross. Birgitta was a successful failure as she was canonized in 1391. Birgitta was one of the first women to found a religious Order, Ordo Sanctissimi Salvatoris. It was an order primarily for women with permanent chaplains, ruled by an abbess. The order spread swiftly throughout Europe with monasteries from Scandinavia right through Europe down to Italy.

St. Bridgette had constant visions of Jesus, Who asked her to start an order of nuns and to constantly pray for the Church.

Based on this reflection, I resolve to avoid all sin.
However, I should especially resolve to avoid one particular deadly sin:
(Lust, Envy, Gluttony, Greed, Wrath, Pride, Sloth)
Find more information about the seven deadly sins here

Thank You and God Bless +
Subscribe to my newsletter here
And until next time … stay holy my friends! 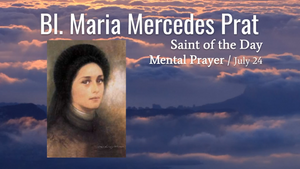 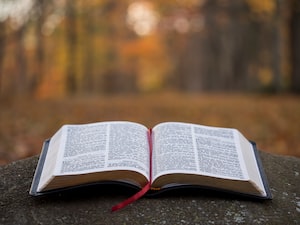