Saint Anthony (c. AD 251–356) was an Egyptian hermit known for having established the ideal of monasticism, seclusion, and meditation in Christianity. According to the Life of Saint Anthony written by the 20th bishop of Alexandria Athanasius (c. AD 360), Anthony was assaulted by several demons and tormented by erotic visions during his retreat to the Eastern Desert of Egypt. Martin Schongauer's print marks the very moment in which a highly animated demonic attack took place in the sky. Nine whimsical monsters—composed of reptilian, mammalian, and fish- and bird-like parts—flap, blow, and grasp a stiff and indifferent Saint Anthony. With his firm discipline, the saint epitomizes the Christian's struggle to resist evil temptations. 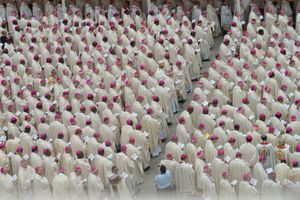 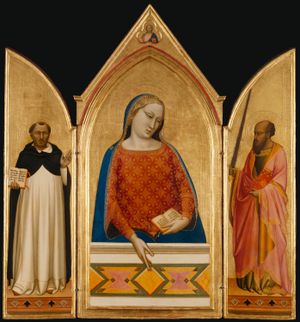